Hall of Fame Recognition Given to Plumbing Industry Stalwart 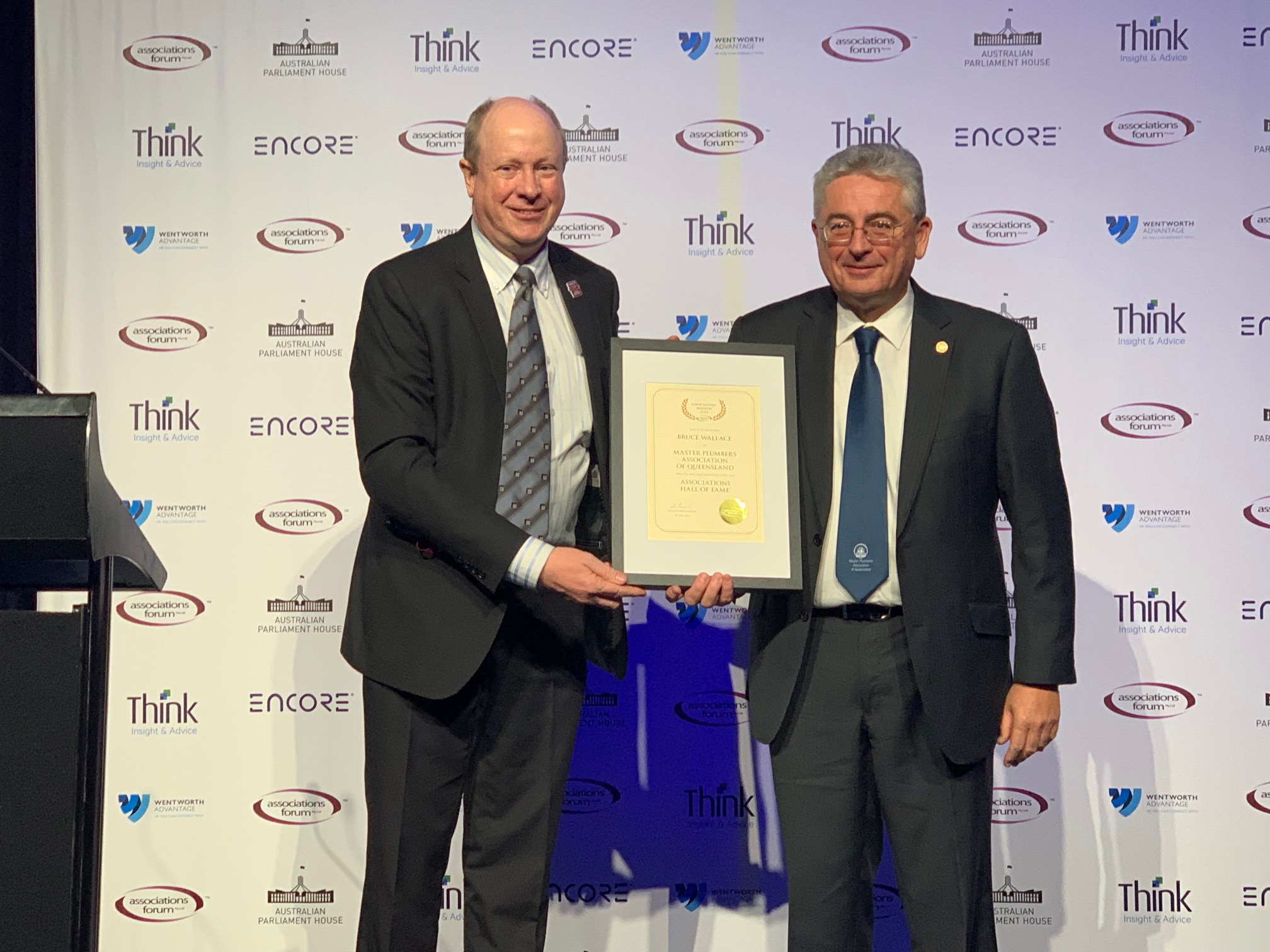 Bruce Wallace, a plumbing industry stalwart and devoted Life Member of Master Plumbers’ Association of Queensland (MPAQ), was inducted into the Associations Forum Hall of Fame at the 14th Annual Associations Forum National Conference in Canberra on Monday 15 July.

Bruce was recognised for his outstanding contribution and dedication to MPAQ as an important, well-respected, and consistent part of the Association for over 40 years. He has played an integral role in the growth and development of MPAQ, their members’ experience and the plumbing and gas industry as a whole.

Bruce was the manager of Wallace Bros Pty Ltd from 1979-2015, and the company has been a member of MPAQ for 79 years.

MPAQ President, Kent Vickers, said “Bruce’s ongoing dedication and commitment to MPAQ, our members, and the industry as a whole make him a deserved recipient of the Associations Hall of Fame”.

“Until Bruce retired from the MPAQ Council in 2013, he served on a number of subcommittees, which all worked towards shaping a positive, rewarding, and beneficial experience for our members.”

While Bruce may have retired from the council, his involvement with the Association has continued. He is a regular attendee and driving force of the annual Stalwarts event, and he has long been a resource for any information about the history of the Association.

To recognise his ongoing support and contributions to MPAQ, on Tuesday 18 June 2019 Bruce was awarded the title of MPAQ’s Official Historian.

“Bruce’s knowledge about the history of the Association and our members throughout the years is invaluable, and we wanted to recognise his continuing contributions,” said Mr Vickers.

MPAQ would like to congratulate Bruce on his deserved induction in the Associations Hall of Fame and recent appointment as MPAQ’s Official Historian.

Is your plumber a Master Plumber?